Galco’s soda Pop Stop is in Los Angeles. All kinds of soda and beer and old candy or candy from the 60,70..

Not that young any longer… 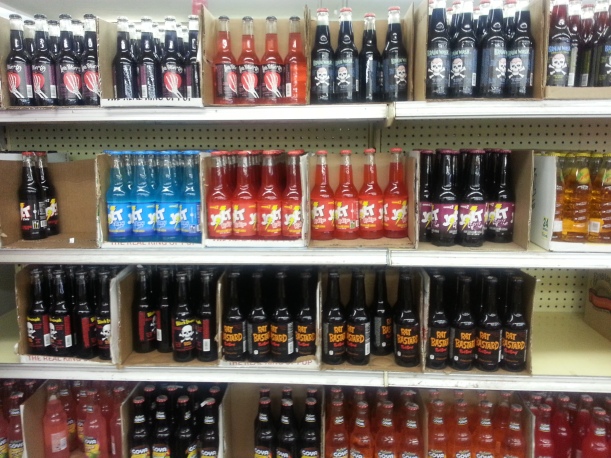 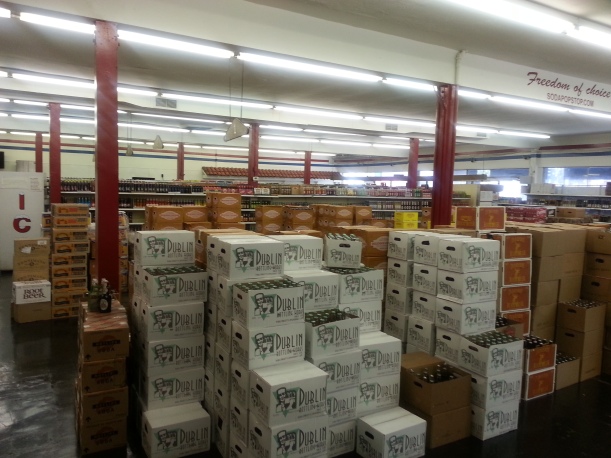 Quench your funky thirst at Galco’s sometime with me..

as alway thank you for visiting ..

Walking,  Bill was muttering and shaking his head

He just didn’t understand. Here he was in the same predicament again.

All mighty God and my horse have conspired again to make a fool outta me.

Not matter, with all I do for that horse, it always seems so wilful and lazy!

I think he would back talk if he could.

Again,  walking and I own a horse.  Sheesh.

Blurr’s my name. William Blurr,  fastest gun in the west

I’m fast with a gun. Swoosh will be all you hear.

Normal eyes can not keep up with the speed, it’s a blur.

Then flash bang….Death’s menu is on display: 1 dead, bullet to the eye!

But behind his back the town folk and his horse would call him.

Yea,the horse call him the fat Cowboy to!

Ok, he thought it!

The horse knew he was fat. He sat on his back.

That’s why the horse would move from outside the café when Bill went in to eat.

Even if he was tied up. He would untie and go down the street.

You see  3Bucks the horse, was the last thing Bill’s dad bought for him before he died.

3Bucks loved his new owner but nobody owned him.

He was ornery, When Bill’s pop first tried to ride him, He threw him three  times. As Bill tells it ” Poppa yelled at the seller, three dollars that’s all he’s worth, I’ll give ya three Bucks!   The seller, being use to getting more for horses, knew this one was ornery .   ” Sold”  he said!.

“Bill’s dad then said, and that’s your name”… And begat me 3bucks.

Yes, 3bucks learned how to untie his loop.

And he grew big, strong and beautiful and better mannered and

so did Bill…. somewhat.

“I would fast draw on my poppa to get the last piece of food.” Bill would say

I think we winged the dog and momma was mad for the bad aiming.

So we fast slapped for the last piece of food from our holster. get up punk! ready! draw”

Slap! I began to win after a long time of losing. I was hungry.

The thing I didn’t know, in some parts of the country.

Biscuits and gravy was only dinner time food. And in some states they never heard of it!

In our house it could be breakfast, lunch, dinner and sometimes dessert.”

He said in an autobiography, titled

So Bill’s walking and thinking

I’m a fine healthy manly stud of a fellow.

And that damn horse, he  thinks I need to walk after breakfast, lunch or dinner, all the god damn time.

It’s the circus for that damn donkey! Bill muttered as he walked off lunch, looking for his horse. God doesn’t save all sinners you mule. Bellowing to no one but himself

Now, 3Bucks the horse, would not leave anywhere else, not at the saloon, or the sheriff office or the Bank.

It’s only when Bill eats, the horse always knows.

And The Fat Cowboy was hot under his fat collar..

3bucks was a smart horse and nobody owned him..

3bucks thought if Bill ever got shot, he would bleed.

He was at the printers, he had a poster made…..(since he can’t talk)

Come on let’s get sconed

Hi! was somebody missed?

The epic Gemini struggle!  keeping focus on doing a blog from a very lazy guy…

Total shut down like a dog with a chew toy..

Short attention spam…. Was dropped to often by older siblings

I will again attempt to manufacture fine silken prose …

(again with the lies)

My daughter had one her clients/friends over.. getting his hair braided. these kids..But,  I am down. I love Mike!!   He brings,  this big poppa Lemonade, where he doesn’t have to . He just do!

Me likey Mikey for  (i’m not ashame)  HIS LEMONADE

but he is a nice  young man..With a  cool car which fits nicely with my lemon tree the Prick 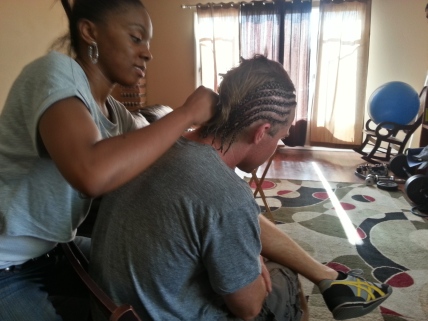 Minding my business driving and doing what I do. Not looking where I’m driving…(I’m always on the lookout for Art/Graffiti . I’m going to murder a car bumper one day)

Over in the City of Culver (County of Los Angeles) I saw a series of paintings, that had me doing  almost illegal things in the road with my vehicle.  They are building a transit hub over there for the Los Angeles Metro as it expands and covers more of our fair Los Angelescape..

Then I ran into Handiedan and Yuri of Amsterdam… Two of the coolest souls one could ever meet! We chatted and i exclaim my awe and appreciation  of her work . I requested a picture so I could share with you guys! Unfortunately I lost some pictures as they did not upload prior to my deletion from phone, sorry Yuri I had you..

(I want to say Michelle but I could be wrong)

Daryl is that you?

Excuse me. Funkangeles, yea what it is B?

Yea..wasuuppp fat bastard! funkangeles? OK..Daryl step off the fucking stage and talk to us little people..

Hey what’s up molester of many ?

Nothin! I see you’re still stupid and fat & still dating your hand, all these years married?

Jealous  still? Well drinker of throw up, why you bothering me?

You want to remind me about passing out at your  bachelor party… again?

Naw.. you big pussy,   but I’m glad you brought it up tho.. you save me the trouble.

Me… “fuck you before you say anything else”

I had and Idea and since your blogging you can get it out…..

Ok, you know since your wedding as your ok second, you’ve been bored haven’t you?

I see why god gave you twins. Your an Idle ex-women molester.

Cap’n lonely! he sez.  I think I got a pill that politicians would have to take. And we can make it mandatory!

Society! he continued, this pill will give them gas when they lie….!

He paused, waiting to hear how abusive i was going to be…

Fatangeles!! him playing the  interrupter card.. He went on.  The, this pill causes you to disclose loudly when you lie…

DISCLOSE???  Bumpleskinson you mean fart?   i solved his riddle..he’s happy.

oK  my bud B (for Brian)  Was a child actor on the different strokes  and had a great Florida university edumacation a brilliant guy, he  had a recall like I never experienced before. One thing he did was, any NFL player. he could give you college stats all four years some back to high school. anybody.. This man ate statics…  damn goofball.

YES!! he said but LOUD!! Everyone in the chamber would know that that politician is at fault.. Trying to be a voice of reason. i begin to argue … So tell a lie  blast a fart huh.. we argued

Some where in my argument i stopped and said B how you calling me?  Quickly he sez you’re dreaming!  You know I’m dead. Stop tripping asswipe  focus.. THis is the plan! get it done..

It’s not that he’s gone, because he still messes with me in my mind.. But i do miss, what cancer took.  my Californian best bud.