(yea! the english muffin! that how i nevermind) 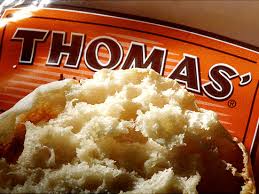 Your Nooks and Crannies

to get to them

When i find you..

to all of our kisses.

Your crumbs may linger

And through a long minute

i may, i might…i could

to  that sweet Nooks, crannies, butter.

in our noisy bliss

for in my belly lies

(This was a combined with a poem I separated them)

Seemly i’ve stopped doing my best ..but not really! I have been very busy with living. The grind of everyday coffee is a life worth living. ha jokes

I have been distracted from the blog and making errors worst than normal..

(i think i have to fired my proof reader)

I have a short attention span.. I write it  but do i have to read it for CORRECTIONS too?

Usually the goofy Gemini side runs the stuff most of the time. The boring serious gemini checks it. I keep him down ..he’s just so fucking boring but spels wel…

I am so lazy and a poor spelling, bum.. I know this!

And you’re “liking” me is giving me work.

I like doing the blog thing! I usually write week ahead in advance. Lately the force has being disturbed. And I’m behind. ;(

Working and sleeping has begun to have a effect on  quality.. life is happening.. I sign up for classes at my old college.. clear out the cobwebs

The other morning i fell out of my bed and chipped…

the concrete floor.  Me?  a little bump on the head….this caused something. what I don’t know what, yet..

No being sure .. hesitant.  He decided, at that very moment! He, was the decision maker.. without thinking about his spouse.

His thinking process, was as follows

They put a man on the moon!

In the cart..he placed it!

His wife, a daughter of the local glass bottling company owner.

The box and him, for company  was spent in the guest room..

A blog I follow mention something that made me pause for a moment and have a debate with myself.

Steroids and baseball & Blogging..Our american game where we pay outlandish sums of money to hit, track, catch, run, and throw a white ball… also spitting, swearing and grabbing your “congressman” before hitting, are some of the bonuses.

Baseball!   I love the game!  Been following since i was 5 yrs old, my  New York baby years..my uncle Grant was a Met fan..So i went to met games Now.. Go dodger blue.

I didn’t like the Steroid era. All that hitting and inhuman feats of powers…yea that wasn’t fun…. For dead people! Ha!

Exciting times, the home run chase! Game never being over until that last pitch.

Oh  sure,  put them in the hall.  It was entertaining.  Just say they used Steroids or where suspected!  In those days , It had this nation in a tizzy!  Who didn’t keep up with the home run leaders?  lots of fun!

It got me thinking …

Steroids & blogging…..If i did steroids I imagine, my writing would be the  begin the mind enlightenment period,  powerful, so intensely gratifying to the readers inner psyche, that future offspring would love the story’s because  it’s in their DNA!!    Jacked on steroids power writing! oh boy! But.. it’s gonna have a side effect, I know..

I think, I would get too big to sit and write and while everything is powerful and ripped, the brain will still be stupid…

Sadly “roids” do not improve the intellect..

And the angry tiny penis would get a tiny gun and shoot me in the fabulously beautiful muscular pecks which most likely would ricochet and hit me in the stupid part of my body…..

Thanks Ted for the blog..

Warning  Not for easily offended!  It could wreck you childhood memories

Can you play this only once?

When I’m alone I beeeeeeep myself……..

I get everything I want!! For 10 dollars.. Pizza Hut! emailing, reminding me, I’m important

I don’t need no stinking validation from anyone! pizza loves me..

Misplace it again.. If you see it anywhere could you please help get it back?

I’ve Lost my mind  and I think,  it’s playing tricks on me….

Lost of  any sense?

Hep me hep me peas..